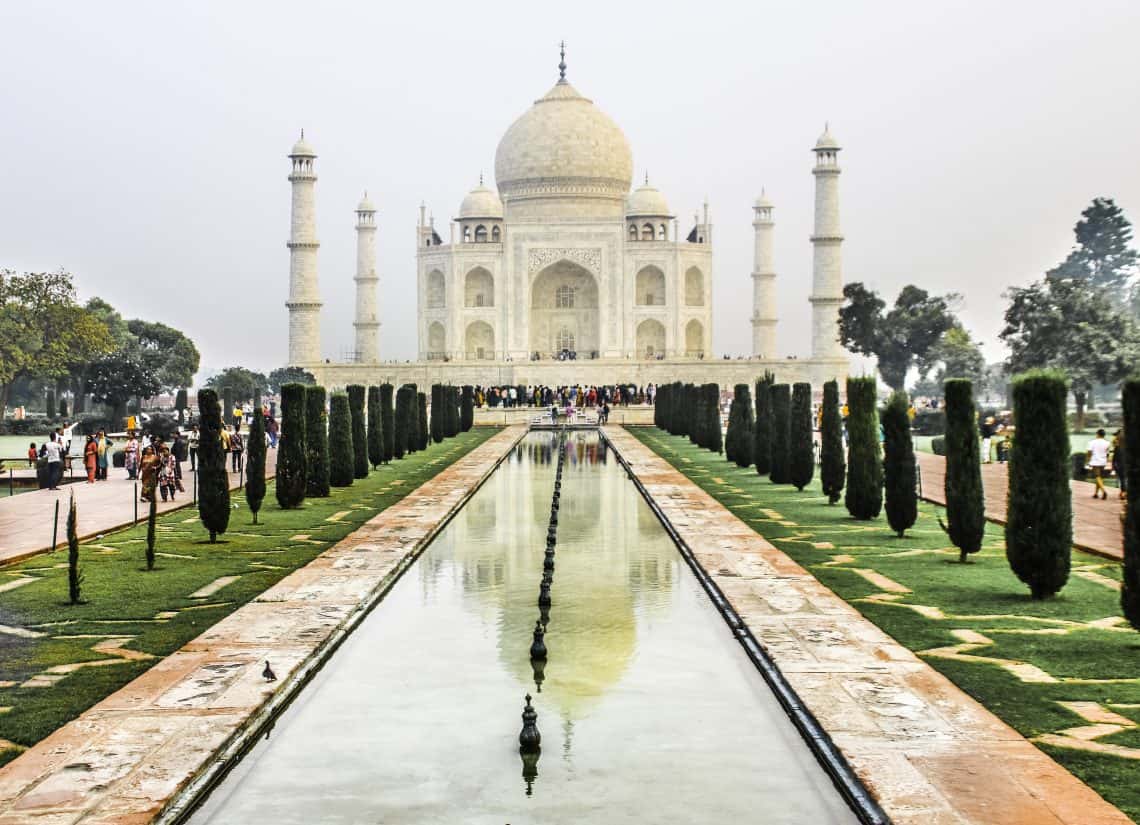 The guys at Mercedes in Guwahati tried to fix my A/C compressor but fucked it up completely. When I started the engine a bad smell appeared and the belt was making a strange noise. On the same day, Zofia flew from Warsaw to Delhi and had a stopover in Vienna.
But the flight from Vienna to Delhi was canceled and she had to take a later flight. So I took the chance and center her to Mercedes Benz dealer in Vienna and she bought the spare parts ultra last-minute (Saturday lunchtime).
As the van was not driveable at the moment I decided to fly to Delhi and meet Zofia in Agra, pick up the spare parts and do a little sightseeing at the Taj Mahal, which I skipped when I was in Delhi with the van.

When I arrived in Delhi there was an incredible bad smog in the air. My eyes burned and it was very hard to breathe. Delhi had immense air pollution due to farmers burning their fields, firecrackers (Diwali, kind of New Year celebrations) and the disastrous traffic.

I picked up the spare parts for the van, Zofia continued driving to Varanasi and I took the train back to Delhi and flew back to Guwahati.

The mechanics fixed the A/C compressor and I could finally continue to meet my friends in Meghalaya, the wettest place on earth…